Lions seem fierce, loud, well-coiffed — basically the Beyoncé of the animal kingdom. They certainly don’t seem vulnerable. But that’s the classification the International Union for the Conservation of Nature (IUCN) has given African lions. (In West Africa in particular, they’re endangered. How can this be?!)

But because a picture’s worth a thousand Beyoncés, check out the following map of African lions’ habitat, which has shrunk drastically in the past few decades. The red shows where lions used to roam, and the blue is their much smaller current territory: 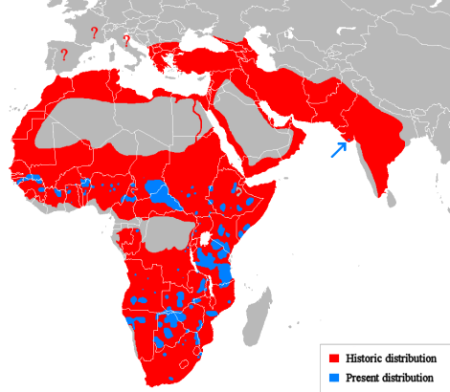 Treehugger unearthed the image, which Wikipedia user Tommyknocker created in 2009 with this explanation: