It was a much later start in the day for me today, departing Woomera at about 7.15am. Being as ill as I was with the flu, I felt I could use the sleep-in. Once I was on my way, it was just off to Pimba for a quick fuel pit stop – Pimba is only a very short distance up the road and took only a matter of minutes to get there. This also marked the beginning of the more expensive fuel prices, with ULP coming in at $1.60 a litre at Pimba. It would be $2.02 at Kings Canyon Resort.

Once on the road proper, I again searched for a number of geocaches along the way. These helped to highlight the land that I was travelling through and allowed for regular leg stretching, which always helps when on the road for long periods of time. Another thing that helped to break up the day were the wildflowers, with a number of short breaks taken throughout the journey to take in the spectacle at close quarters. The wildflowers were really something that struck me during my holiday travels. They were really something throughout central Australia. 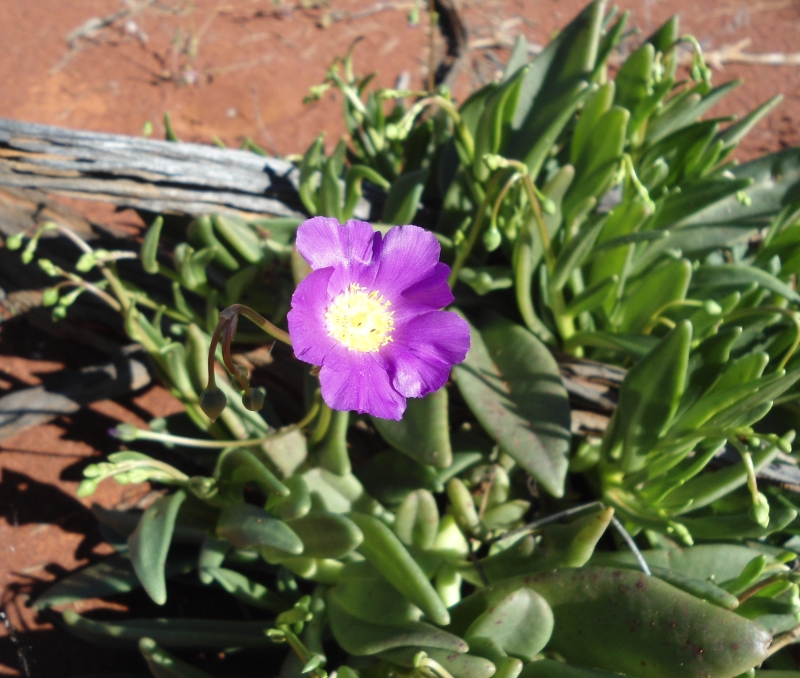 Coober Pedy was my first major stop as I headed north towards Marla and as I drew closer to the Opal town I visited two monuments along the Stuart Highway – a monument marking the discovery of opal at Coober Pedy and another the explorer John MacDouall Stuart.

ABOVE: The John MacDouall Stuart Monument Near Coober Pedy

Coober Pedy has never really appealed to me and once again I found myself wanting to get my business in the town settled and to be on my way again. There was a fuel stop and some grocery shopping in the local IGA, knowing that prices would become much higher the further inland I headed. The prices in the shop at Kings Canyon Resort took my breath away, and I for one believed it was little more than price gouging given that there was nowhere else to go. But Kings Canyon was still several days away and so that shock was still to come. 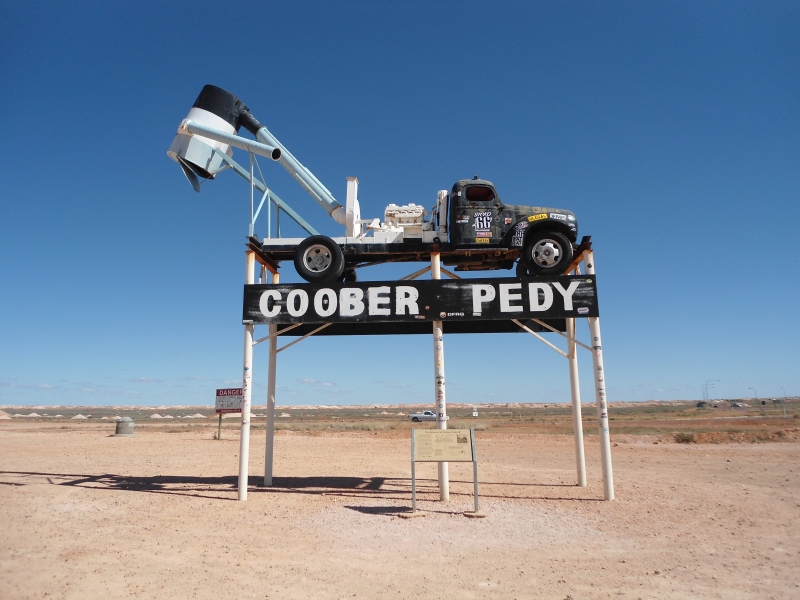 ABOVE: Welcome to Coober Pedy

From Coober Pedy it was a pretty straight-forward run to Marla and my first night in the tent at Marla Traveller’s Rest. It was quite a cold night and with the flu I wasn’t really looking forward to it. However, my car-based camping set-up allows me a very comfortable and warm sleeping environment, so there were no real dramas. It was however a very cold night when out of the sleeping bag and out from under the covers. It was probably close to zero.

The distance travelled on this day was 599 km – giving me a total of 2369 km for the whole trip to this point.

Once again it was the usual ‘house keeping’ before bed – updating the daily journal, reviewing the holiday budget, checking in on social media, and editing and uploading photos. Then it was off to bed for an early start the next morning, with the excitement mounting, as I would arrive in Yulara the next day and be within sight of Uluru – the main goal of my holiday.

View the Photos at:
https://flic.kr/s/aHskFFWHSE